Newest address of the blog

Old posts will still be found at the old one http://www.delbarrio.eu/blog.htm, but this will not be updated. Sorry for the inconveniences.

A little story about languages, communication and youth

This year, it is the Nobel Prize winners for science who will be in the spotlight

Who remembers last-year Nobel Prize winners in the branches of science, or the reasons why they were given to them? Not even me, even though I am more than averagely interested in science and technological discoveries. This is the eternal curse of Science in our contemporary society: although, in theory, it is respected, society at large sees it as something distant, which only specialists care about, with no real connection with everyday concerns.

Some three months ago, a book was published in Spain, about the decline of the general regard for science matters, with the name “The strangled reason”. It addressed the troubled relationship between science and the media, not just in Spain, but also in other western countries, with special attention to Great Britain, where the author, the journalist Carlos Elías, had spent some time for the research. In a comment to the book which I published in my blog in Spanish, I used past Nobel Prize winners to illustrate the point. I may multiply the examples, but I will mention just a few, using a common indicator to measure the importance given to a subject in society and the media: obituaries and centenaries.

In October 1984, two men with an important role in cultural issues passed away, with just one day of difference. On October the 21st François Truffaut, the French film director, died. The next day, his figure occupied three pages in the main Spanish newspaper, “El País”. One day afterwards, two more pages were devoted to him. Paul Dirac had died the day before. Dirac, in case you didn’t know, was one of the most genial physicists of the 20th century. He, among many other achievements, discovered anti-matter, or, more correctly, thought of it, simply by the development of pure equations, much earlier than the real stuff was found in Nature. And yet his obituary in the same newspaper appeared three days after his death, and occupied just one paragraph. Perhaps it’s unfair to compare both men, but by every rational standard, I’m sure Dirac will occupy a far greater place in history books than that of Truffaut.

Something similar happened to Henry Kendall, another noted physicist. He was less important as a scientist than Dirac, but he had a prominent role in social activities, as the co-founder and president of the Union of Concerned Scientists. Yet again, his obituary in the same newspaper occupied one paragraph.

Finally, let’s remember that this year we can commemorate the 100th anniversary of the birth of John Bardeen, who should be famous if only because he is the only man who won two Nobel Prizes in Physics, and one of the only four that have received two Nobel Prizes in all. He was one of the inventors of the transistor, and just for that he should be in everybody’s mouth in this technological world. His second Prize was due to his other great contribution to human knowledge, the theoretical basis of superconductivity. Yet, at least in Spain, and I suspect that in the whole world, his anniversary is passing almost unnoticed.

If you ask even the most educated people about scientists who have received the Nobel Prize in Science matters after 1960, barely the names of Watson, Crick or Feynman would appear, or one from the country the answerer comes from. And yet everybody knows who won the Peace Prize last year, and most people know who Doris Lessing is, even if they do not remember that she received the Literature Prize in 2007.

A few days ago, I wrote an article in a web magazine in Esperanto called “Libera Folio” on the existence of a webpage where you can bet on this year’s winners of the Nobel Prizes on literature and peace, using the fact that this year the language Esperanto (or rather the Universal Esperanto-Association, the biggest group advocating for this international language) had been nominated for the Nobel peace prize, and I pointed out that no similar bet exists for the rest of prizes.

However, I have the feeling that this phenomenon is going to change this year. And this is because several factors have accumulated in the case of the 2008 awards.

In the first place, the literature prize has gone to a writer barely known outside France, which also does not seem especially appealing to the media, but also for readers. I agree with a Chilean critic, that he is not going to raise great passions.

Neither does the peace prize winner show a great charisma. Besides the fact that I very much doubt about his merits (even though 13 years ago he had already received the Zamenhof Award of the Universal Esperanto Association), and in particular I doubt that his most known contribution, the independence of Kosovo will bring peace to the region in the long run, the majority of the public sees him as a diplomat, with no popular acknowledgement.

Exceptionally, one of the winners in the science prizes is much more known. Luc Montagnier was already famous before the Nobel Prize, and his discoveries were known to the public, both the informed and the less so. His two companions in the Medicine prize were not so known, but their findings are easily understandable and recognizable. And the controversy about the failure to give the prize to the American Robert Gallo may help to remember them more.

As for the prizes for Physics and Chemistry, I am not so sure that we will remember the names of the winners. But many of us will remember the faces of three old Japanese geniuses, with a smiling face, that had dealt with some complicated theories to be tested soon in the so mediatic Large Hadron Collider. And we are going to remember for some time the pictures of animals glowing in green, thanks to a protein, at the same time useful and spectacular. Even the Economics Prize winner will be more famous, even though I resist myself to call it scientific, and it is not a real Nobel Prize.

Anyway, I am almost glad that Esperanto has not obtained the Nobel Peace Prize it was nominated for. We would have stolen all the attention to the scientists.

In Spanish
In Esperanto

One of my favourite podcasts in English has talked about constructed languages in general, and has obviously mentioned Esperanto. It is “Are we alone?”, the podcast of the SETI Institute, devoted to the search of extraterrestrial intelligence, but also to the spread of scientific knowledge.

Obviously, the title doesn't concern Esperantists: we are never alone!

The comedian Spike Milligan is credited with the sentence “I speak Esperanto like a native”. It's a witty sentence, as no Esperantoland exists, but the funniest aspect is that it could be true.

One of the pieces of information that draws most attention when we inform about the international language (for instance, in this recent interview I gave in a Spanish radio some weeks ago) is the existence of native speakers of Esperanto. Well, yes, there are.

The denaskuloj, as they are called, can be of two types.

The purest case, so to say, is the one that takes place when each of the parents has a different mother tongue, and their common language is Esperanto. This is not an exceptional case: the couple may have met in an Esperantist encounter, or generally in that circle, which has finally led to the formation of a household in which the children use Esperanto as their basic means of communication.

Of course, they will soon learn the language of the surrounding environment, and probably this will eventually become their first language (I suspect that people's first language is not their mother tongue, even though this is the usual name, but their friends' one). It may even happen that in adulthood, the youngster won't participate in Esperantist circles, but in any case it is still possible to talk about a native Esperantophone. I know several cases, and I even know of some cases in which a third or fourth generation has been reached.

The other case is the one when just one parent speaks to the child in Esperanto. In this circumstance, a perfect bilingualism may be acquired, very similar to that attained in mixed couples in any society. I also know several cases of this kind (here's a link to a photo of a friend of mine with his Esperanto-speaking daughter), and the child ends up speaking the language well, even though they may still give it up when the pressure is weaker.

Among this latter category, you can find examples of some well-known people, such as the financier George Soros, the Nobel laureate Daniel Bovet or the most internationally known female chess players, sisters Zsuzsa, Zofia and Judit Polgár.

In order for the boys and girls to be able to have contact with other young Esperanto speakers, meetings of Esperantist families are regularly organized, as well as special activities for children in the Esperanto Congresses, the best known of which is the Infana Kongreseto, a part of the World Esperanto Congress, held every year.

And, well, to be convinced of how a baby can understand Esperanto, the best way is to watch it live. It is not just charming: it may well serve as a first lesson of Esperanto:

This is the general page for news and for comments.

General index of the webpage 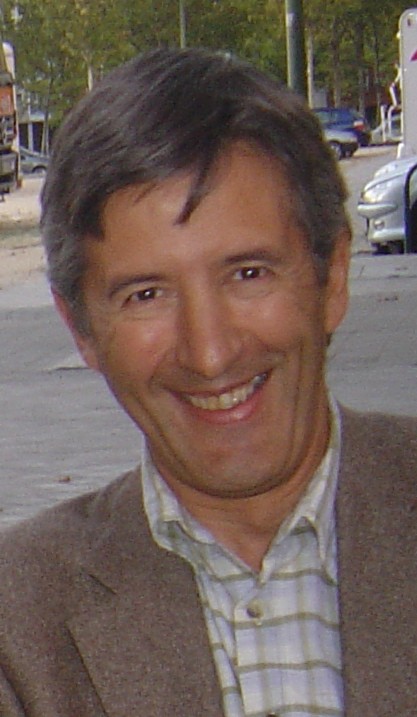